The Jackson Memorial Carillon and Carillon Tower were erected by the members of First Presbyterian Church and the citizens of Jackson and Madison County in honor of those who served their country in the two world conflicts, 1914-1918 and 1940-1945. The Carillon is dedicated to the soldiers of Jackson-Madison County who offered and gave their lives for their country.

The bells are a living and pulsating memorial to the soldiers of both World Wars. Down through the centuries, the bells shall forever be a symbol of love and peace. They are to be cherished and adored by the valiant men and women in whose name they ring and by the endless human chain which shall follow them.

The bells themselves were born of war. Following World War II, the bells were founded and tuned in France, at the Paccard Foundry, and in 1950 arrived to Jackson, Tennessee. When the carillon order was placed, the church was located in downtown Jackson at the street corner intersection of Church and Main. In planning for placement of the bells the clustered location to other churches and businesses along with concern for the church building structure of the downtown church required some heart searching by the church members about where to house the bells. In 1949, Mrs. C.E. Pigford invited the church to erect a Campanile, a freestanding bell tower that is associated with a church, on the Pigford ” Chevy Chase” property. On September 12, 1954 the Jackson Memorial Carillon and Carillon Tower were dedicated. At the time, world experts deemed the Jackson Memorial Carillon as the finest tuned instrument of its kind in the world.

Members of First Presbyterian Church and the citizens of Jackson and Madison County dedicated The Jackson Memorial Carillon and Carillon Tower on September 12, 1954 to express the community’s gratitude for the services rendered by it’s sons and daughters in the two world conflicts. The carillon engages community trusteeship, it is an inspirational point of interest for Madison County and one of only four carillons in the entire state.

Derived from the Latin work campana, meaning bell, Campanology is the science of bells and carillons. A carillon (pronounced: (kare’-uh-lawn) is a musical instrument consisting of at least 23 cast bronze bells tuned in chromatic order. The bells are usually located in a tower, and played from a keyboard. Most carillons encompass three or four octaves.

The carillon consists of 47 bells cast of bronze and suspended by massive wooden timbers. The bells were cast at the Paccard foundry in France, and the Jackson Memorial Carillon is the first carillon in the United States whose bells were cast entirely by Paccard. The bells range in size from 5,060 pounds and 6′ 1″ in diameter to 25 pounds and 8 1/4″ in diameter. The carillonneur (bell ringer) creates the unique musical expressions from a wooden clavier (keyboard) that is housed in a room between two sections of bells in the tower (the five lowest bells beneath the playing room, and the rest above). This arrangement allows the carillonneur complete control over the full range of bells. The playing clavier is designed much like an organ console where the player uses both hands and feet to play. Batons, which are struck with the open fists, and pedals, which are struck by the feet are directly linked by a series of stainless steel trackers to each of the clappers on the inside of each bell. The great skill required of the carillonneur is the ability to strike the batons (which in turn allow the corresponding bells to play) with just the right force so as to produce a beautiful tone from the heaviest and lightest of bells.

The bells cannot be heard very well at a distance of less than two hundred yards from the tower. At this distance or more, all of their beauty and blending can be appreciated. Stroll the grounds to find those enjoyable place for yourself where the carillon sounds the best.

INSCRIPTIONS ON THE BELLS

FIRST BELL: “This Memorial Carillon was erected by Members of First Presbyterian Church and Citizens of Jackson and Madison County in honor of those who served their country in the Two World Conflicts, 1914-1918 and 1940-1945.”

SECOND BELL: Bell of Honor- “In loving memory of Clarence E. Pigford, 1873-1945, who conceived and generously supported this Memorial Carillon.”

THIRD BELL: “In appreciation of the generous gifts from residents of Jackson and Madison County.”

RINGING OF THE BELLS

The Jackson Memorial Carillon regularly chimes the time for the community and is annually featured for the Starlight Symphony concert held on the grounds of First Presbyterian Church. It is also an instrument that calls the church to worship each Sunday with the addition of an automatic chime and bell peal mechanism. The Jackson Memorial Carillon is also played regularly for weddings, funerals and memorial services and special concerts throughout the year.

In October 1952, Mrs. Pigford drafted a written agreement with the First Presbyterian Church to consummate the building development. The Campanile, a freestanding bell tower that is associated with a church, would become the Carillon Tower with plans for a sanctuary to be built onto the tower. She resolved that concerted action would be outlined to accomplish and conclude building development within designated timelines.
Detailed in her bequest was that Hart-Freeland & Roberts, Architects and Engineers, of Nashville, Tennessee would develop the building plan in conjunction with Mr. H.E. Wagnor, architectural consultant to the Presbyterian denomination. The partnership between architects was established to create drawings and plans in keeping with the artistic overall pattern and in harmony with modern Presbyterian architecture.
Hart, Freeland & Roberts designed and engineered the Jackson Memorial Carillon Tower and in 1953 construction proceeded. The Hubert M Owen Construction Company of Jackson, Tennessee labored to erect the tower and later in 1968, the Spire addition.

The tower structure was engineered to support the weight of the bells, the framework, vibrations and movement of the carillon. The tower stands at 20 feet square and 80 feet in height to house the carillon arrangement. Materials used to construct the tower include heavy structural steel, brick and stone. The bells are hung from massive oak beams to reduce the vibrations that occur against a steel beam. Tower design includes six distinct levels. The bellmaster’s cabin is situated on the fourth level. The base level is an enclosed tower room. Four of the levels are arranged with bells. The Bourdon Bell and other large bells hang below the cabin while the smaller bells are tiered above the cabin.

As planned, the majestic spire was added in 1968 completing the Jackson Memorial Carillon height at 145 feet. The service of dedication for the spire took place on Sunday, June 2, 1968 bringing to fruition the dreams of many church and community members.

After replacing the Westminster Chimes electronic controller which was damaged in October 2007 by a lightning strike, it was discovered that the two wooden beams supporting the five largest bells were weakened due to decay from exposure. As a preventative measure, steel beams were temporarily placed in the bell tower upon which the five large bells were lowered. Since that time, the Jackson Memorial Carillon has silently rested.
In May 2008, a Jackson Memorial Carillon Task Group consisting of church and community members was formed. A research process began on methods to restore the carillon that would be both fiscally responsible and sustain long-life operation. The Royal Eijsbouts Bell Foundry, located in Asten, Netherlands and Chime Master, Ohio, United States were consulted. Along with restoring the Carillon to its full, four-octave operation, additional suggestions were made to renovate the carillon.

Through a generous gift commemorating the 65th wedding anniversary of Mr.& Mrs. Bruce Edenton, and the time and talent of church and community members, First Presbyterian Church is leading the restoration of the internal works of the Carillon framework and the bells. The Royal Eijsbouts, Dutch Bell Foundry and Tower Clockmakers ( Asten, Netherlands) and Chime Master Systems ( Lancaster, Ohio) are working with First Presbyterian Church to complete the first stages of restoration and renovation.

Innovative technology has evolved over time and steel beams now replace weather damaged wooden beams. The Royal Eijsbouts has performed the annual Carillon maintenance. To sustain the quality performance of the Carillon, church and staff members are being trained in proper maintenance procedures. The Royal Eijsbouts technician also completed a minor rebuild of the clavier. Kathleen Huneycutt, Carillonneur, states, “The reconstruction of the clavier has resulted in a marked improvement in the playability of the Carillon because there is greater consistency between the batons, or keys, which produces a more fluid sound. Consider, too, playing the Carillon demands a certain amount of physical effort. For the Carillonneur, playing a well-maintained Carillon is more gratifying.”

A significant renovation to the Carillon is the addition of the pneumatic autoplay system. Huneycutt says, “A pneumatic autoplay system utilizes the mechanism of the manual hand play linkage instead of adding secondary hammers on the outside of the bells. This benefits the community because the instrument may be programmed to play specific times – somewhat like a player piano – as well as during performances by the Carillonneur.”

First Presbyterian Church annually hosts the Jackson Starlight Symphony featuring a Carillon prelude. The concert is free and open to the public. Gather your friends and family for a picnic.

While no words can adequately express the tremendous debt owed to those who gave their life for their country, the Jackson Memorial Carillon again rings in a proud witness to their life and death. In God’s grace and glory, the Jackson Memorial Carillon and Carillon Tower stand.
Ring, on bells! Never shall the land forget How flowed the lifeblood of her brave, Flowed, warm with hope and valor, Upon the soil they died to save.
Ring, and swing, Bells of time! Bid the sad rejoice, Give to everyone a voice, Tell the world, as you ring, That God alone is Lord and King. -Anonymous 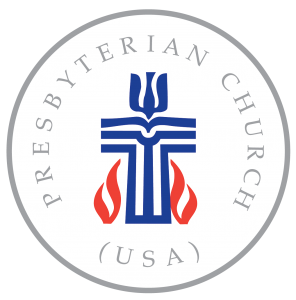